Each chapter of the Aurat March has its own manifesto. This year, the Karachi chapter called for the provision of a living wage based on access to quality education, affordable healthcare, security and peace; while Lahore chapter focused on reimagining justice in the society. Multan, meanwhile, called for the restructuring of education system and Islamabad rallied on justice, security and freedom. 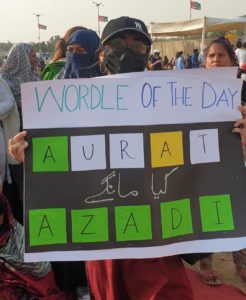 Aurat March 2022 also centered around many social issues encompassing the current flawed system for women, trans, khawajasira, non-binary or working class folks in all spheres of life and demanded for a concrete structural change of our justice system. Additionally, another demand put forward was of the strengthening of welfare services available to survivors of violence and impacted communities. 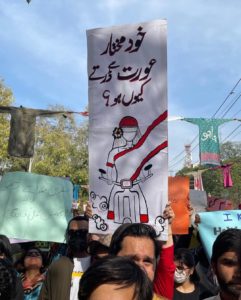 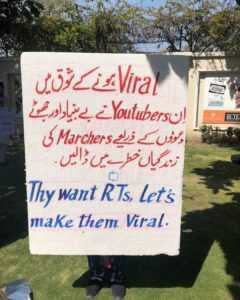 5 things desi women get to hear after marriage

Ladies, is marriage on the cards for you yet? You must have heard a tirade of comments from your near ones while you're on the road to tying the knot. Marriage is a big step in one's life, but...

Pakistani actor Osman Khalid Butt has moved Supreme Court after the brother of slain social media star Qandeel Baloch was acquitted of her murder. The Chupke Chupke actor challenged the acquittal of Waseem Azeem in the country’s top court,...

Justice finally prevailed as a sessions court in Islamabad on Thursday sentenced primary suspect Zahir Jaffer to death for the murder of Noor Mukadam. Jaffer's household staff members Iftikhar and Jameel who were both co-accused in Noor's murder were...