If you’ve missed out on Khushhal Khan, just know that this sin shall never be forgiven. Kidding! We’re here to tell you all about the new Khan in town. This new hottie Khushhal Khan is being touted as the next big thing of Pakistani entertainment industry and with that gorgeously chiseled face and smoldering looks, Khan is conquering hearts one by one. 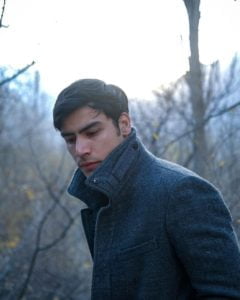 The 21-year-old Khushaal Khan started his career as a model for top fashion brands in Pakistan. Khan broke the internet when he modeled for Indian designer Abhinav Mishra’s campaign, Mastana- A Monsoon Curation ’21. 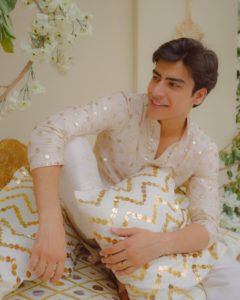 He was the winner of Rising Star 2019-2020 at Hum Style Awards 2021. Khan ventured into acting when he made his acting debut with Qissa Nagri’s web series called Midsummer Chaos , a coming-of-age teenage drama. The project did not get positive reviews however it proved instrumental in bringing him into the limelight. 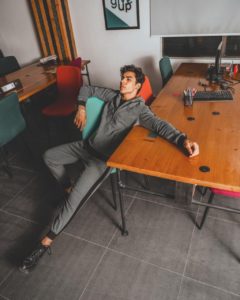 He was recently seen playing the role of Mahira Khan’s brother in Nigar Johar’s biopic telefilm, Aik Hai Nigar and played his character to depth till the end. His first mainstream television project Qissa Meherbano Ka is currently on air where he can be seen opposite Mawra Hocane and Ahsan Khan. His another drama serial ‘Bebasi’ with Alizeh Shah and Ali Rehman Khan is on air too. 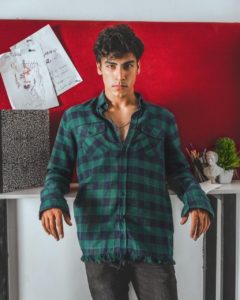 This young talent is here to stay and we cannot wait to see what else he has in store for his fans.

Pakistani actors Fawad Khan and Imran Abbas were recently nominated in the coveted TC Candler list of 100 most handsome faces of 2021. The world famous 100 MOST BEAUTIFUL FACES LIST is being published annually by TC Candler &...

Fawad Khan, a name that needs no introduction. The heart throb of a millions across Pakistan and beyond is celebrating his 40th birthday today. From Pakistani television to Bollywood cinemas, the multi-talented actor and singer has had females swooning...

Well well well...ladies, there’s a new hottie in town and we are having a hard time getting our eyes off him. If you can’t already tell by his looks, Zaviyar Ejaz is the eldest son of legendary television actor...